More than anything else, Charlie Chaplin was an observer of other people; how they walked, how they looked, their facial and hand gestures.  He had an unrivaled ability to reproduce those movements in his own gestures and to convey a desired mood.  His version of pantomime (see definition below) was unparalleled. He was a mimic, able to reproduce anything observed in another person's body movements.

During the early stages of his movie career, in 1914 - 1916, he was able to walk the streets of Hollywood in the evenings after dinner, unrecognized, and follow people for blocks copying the way they walked and moved.  It is said his trademark Tramp walk came from watching an old drunk, Rummy Banks, in his boyhood neighborhood.  There are other stories about its origin, but the walk became, along with his cane, bowler hat and mustache, a beloved trademark and unmistakably Chaplin.

When Charlie played a woman in the aptly titled movie, A Woman, he played it better than any female actress of the day.  His gestures and movements were spot on.

He was not only the greatest actor, clown, mime and movie maker of his generation, he was a keen observer from his earliest days with absolute recall.

He observed Adolf Hitler for weeks on end to get his gestures down and the cadence and intonation of his speech.  Even though Chaplin was speaking gibberish during his famous Hitler speech, it sounded exactly like the real thing. 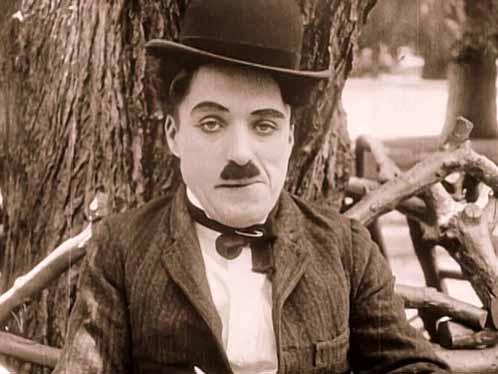 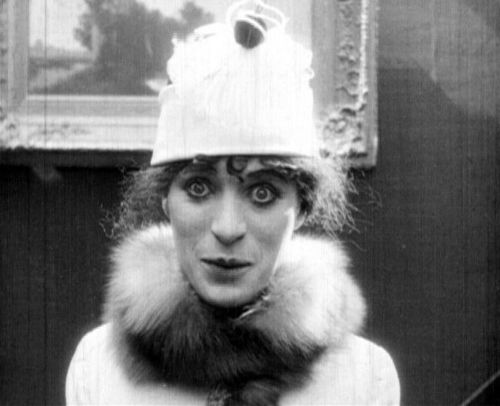 noun
1.
the art or technique of conveying emotions, actions, feelings, etc., by gestures without  speech.
2.
a play or entertainment in which the performers express themselves mutely by gestures, often to the accompaniment of music.
3.
significant gesture without speech.
4.
an actor in dumb show, as in ancient Rome.
Posted by Unknown at 9:12 AM