The Birth of The Tramp 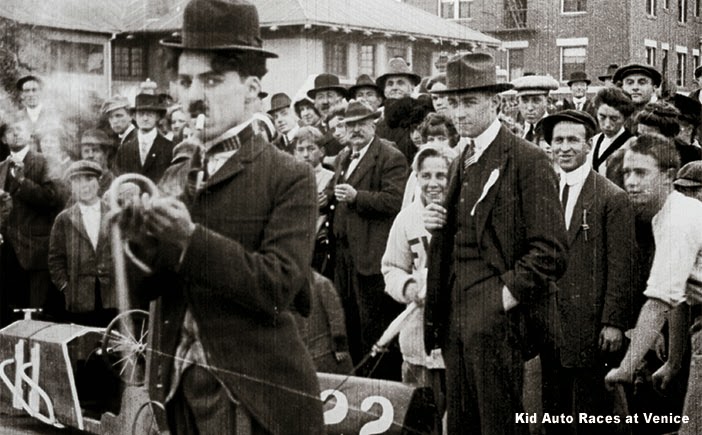 The people in the background only knew there was a camera crew on the scene in Venice that day in early 1914.  They were seeing Chaplin for the first time and simply thought he was a funny little man trying to get in the way of the camera crew.

I wonder how many people remembered him later in the year or the next year when he was the most famous man on earth.  They got this rare treat.

Kid Auto Races at Venice was the birth of the tramp.  He was actually using the same costume in another movie that was being shot on the Keystone lot when the crew got dispatched to Venice for an impromptu shoot.

There was no script or real plan.  Charlie was simply asked to make a mess of the movie, ostensibly being shot of the races, by getting in the way of the camera.  There was a second camera filming the antics.

You can already see his great skill at pantomime with his facial gestures.  Every move of his body was filled with comedy.
Posted by Unknown at 5:17 AM