The Motion Picture Academy of Arts and Sciences all but ignored Charlie Chaplin and Gene Kelly in spite of their work being the best of their chosen genre.

While it is true that most of Chaplin's earlier work, 78 of his 87 movies were made before the Academy Awards were invented, the Academy did not even nominate City Lights for an award. This may have been a slap at him for not embracing talkies.  All of the other studios and stars made talkies regardless of any artistic decisions and simply threw dialogue into movies.  Chaplin agonized about making a talkie after the movie, The Circus (1928), but decided, in the end, to keep City Lights (1931) silent and never to let The Little Fellow talk. His unique brand of pantomime did not need dialogue aside from the occasional title card. His movies were universal and could play the world over and be understood from Japan to Russia to Africa.  He did take a swipe at talkies in the opening of the movie with the trumpeting sounds as distorted voices in the statue dedication. City Lights did have synchronized sound and score, but no talking.  Chaplin made use of the new technology to enhance the lack of dialogue with an orchestral score of mostly his own compositions. 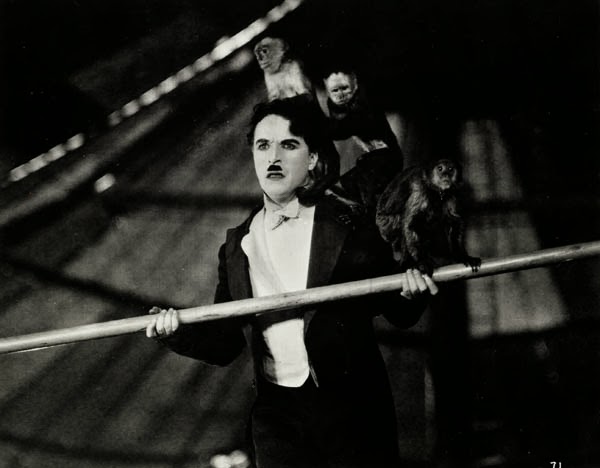 Modern Times (1936) was also ignored by the Academy.  Not until The Great Dictator (1940), was Chaplin up for an award for best actor.  He lost out to Jimmy Stewart in The Philadelphia Story.  Later, in Limelight, (1952) was only nominated for the score.  Not until his Lifetime Achievement Award in 1972 was he finally given the honor he deserved for his pioneering body of work as the master of comedy and film making.

Gene Kelly's movies were not necessarily the box office record makers of Chaplin's.  Chaplin's City Lights beat out all of the talkies of the day when it came out in 31.  Kelly's movies had a strong following among women, but they did not have the broad appeal of Chaplin or other stars of the 1940s and 50s. Nevertheless, Kelly was the master of his craft, just as Chaplin was a generation before.  They did have some overlap, but Chaplin was in his one movie every five years or so period when Kelly was in his heyday. 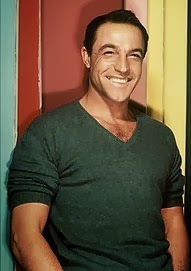 Gene Kelly was on the move in the mid 1940s and did get a nomination for best actor for Anchors Aweigh in 1945.  He lost out to Ray Milland for The Lost Weekend.  There has always been a prejudice against musicals in the Oscars as if dramatic roles are somehow better rather than simply being a different genre. The musicals from MGM's Arthur Freed Unit, were the best of the breed with Kelly, Stanley Donen and Vincente Minnelli at the helm.  The musicals of that time were very popular and Kelly was on top, replacing Fred Astaire as the singular song and dance man in movies.

Not until An American in Paris (1951), did Kelly get his due, but not for best actor, rather for his versatility as a Choreographer and dancer.  The movie also got Best Picture and several other awards. Kelly's award was similar to the award Chaplin got in 28 for The Circus for his own versatility as an all around film maker.

These men deserved much more than they received, not for their popular appeal, but for their pioneering work in film.  They were the best of their chosen avocation.  Both Kelly and Chaplin were true masters. They did it all.  Kelly sang, danced, directed, acted and even wrote a screenplay.  His integration of the camera into the choreography was groundbreaking when compared to the work of Fred Astaire's earlier movies.  He and Stanley Donen were an unstoppable team.

Chaplin did it all, from writing, directing, producing, acting, composing scores, owning his own studio and controlling every aspect of his movies.  No other artist has ever had this kind of creative and artistic control. Kelly got close, but was part of the studio system.

We may never see the kind of talent and genius these men displayed over their respective careers.
Posted by Unknown at 7:19 PM