Charlie Chaplin might not have invented movies, but he had an almost unparalleled influence on their development and evolution. He practically invented the comedic film and he became a legend for his ability to blend melodrama and pathos into his comedies, resulting in some of the most enduring films of his era and, subsequently, film history in general. His life was almost as interesting as his movies as he experienced the highest of highs and lowest of lows.
Seemingly destined for a career as an entertainer, Chaplin made his first appearance on stage at the age of 5 and throughout his early life he gained a variety of skills that would suit him in his future career. He made his debut in 1914, with his Tramp character being introduced later that year, and he quickly became a sensation for a number of short films. By age 26 he was one of the highest paid people in the world and in 1921 he directed, starred in, edited, and composed music for his first feature length film, The Kid, which was an instant success. With the advent of the sound era, starting in 1927 with The Jazz Singer, it seemed as if Chaplin might become obsolete but he bucked the trend and made two more enormously successful silent films with his last one, Modern Times, coming nearly a decade after the rest of Hollywood had completely converted to sound. 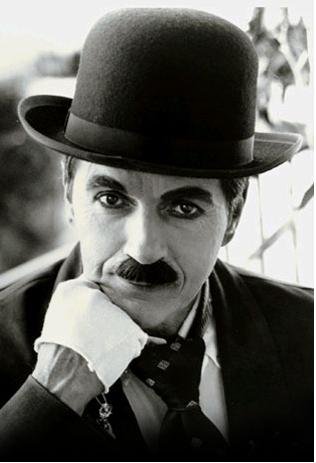