Visiting The Places of My Heroes 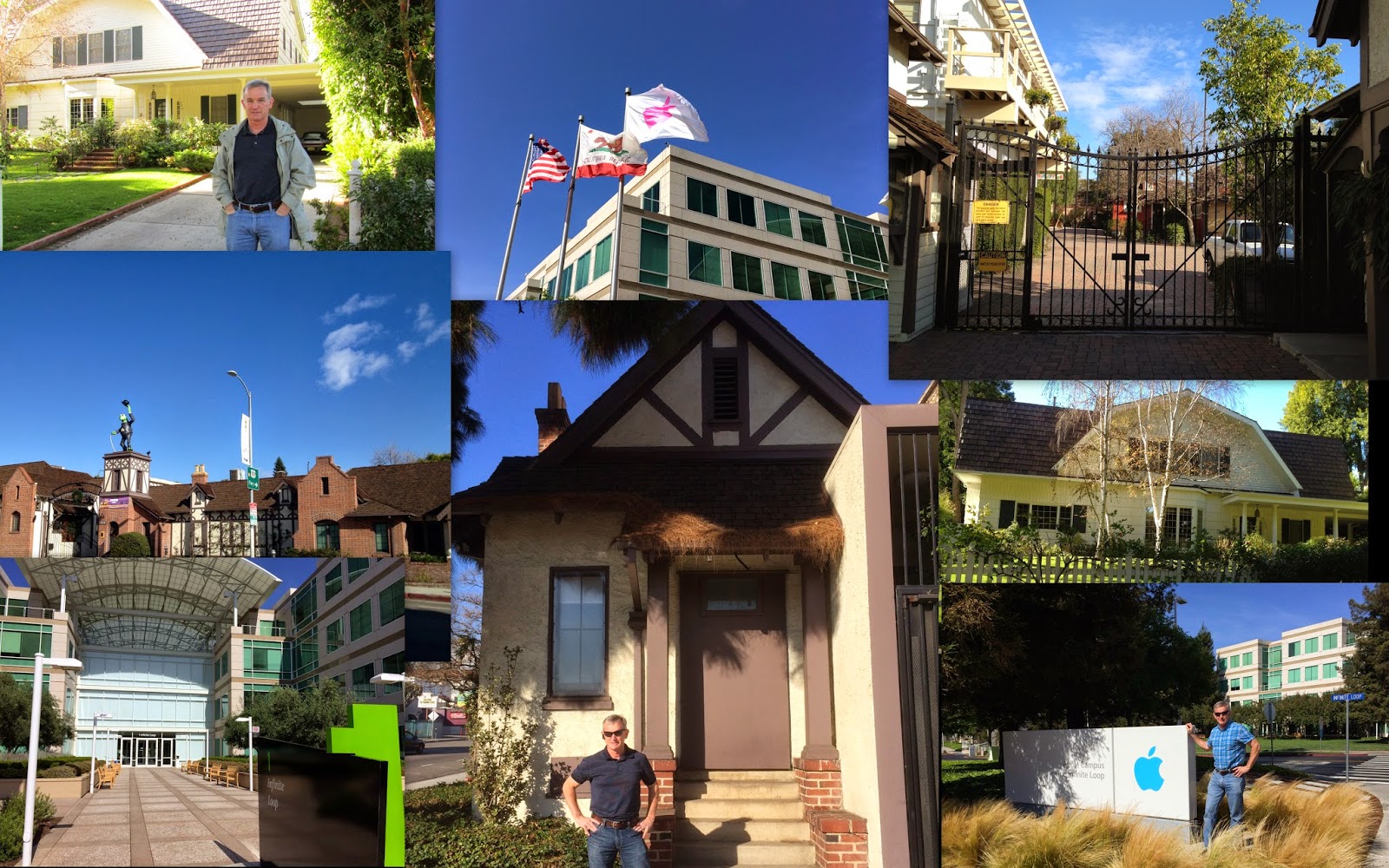 It's a great feeling to stand where they stood and be where they worked and created their magic.  It's inspiring. 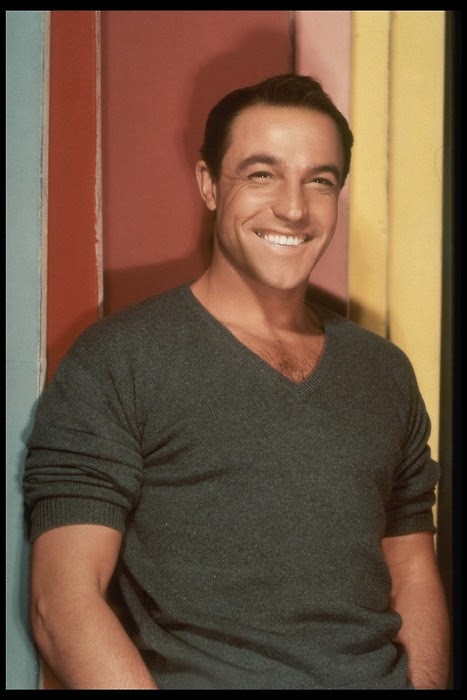 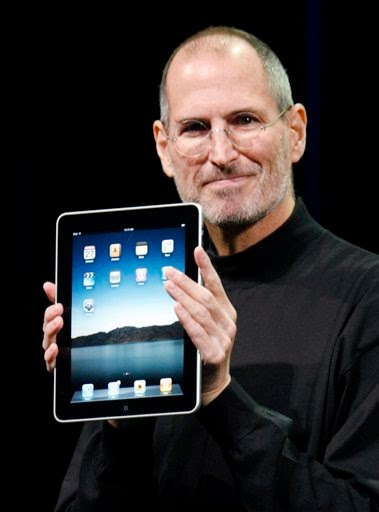 Posted by Unknown at 8:19 AM No comments: 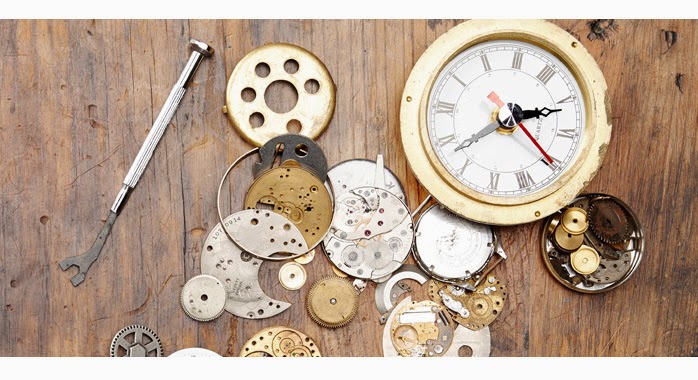 There is a scene in a Chaplin movie with items from this picture on a counter top as Charlie pretends to be a clock expert.

What movie is this scene from? 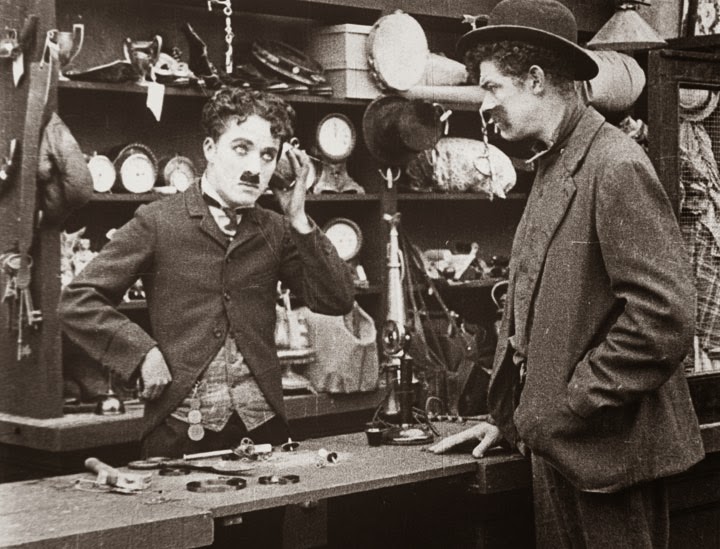 100 years after he started, the "Mecca" for Chaplin fans broke ground.  Michael, Victoria and Eugene, three of his children in attendance.

Memories of Charlie Chaplin will live on above the shores of Lake Geneva, where new generations will get a chance to be introduced to one of the silver screen's greatest comic geniuses.
Chaplin spent his last 25 years on his 14-hectare (35-acre) estate along the "Swiss Riviera," where he could surround himself with family and walk into town or drive in the countryside without drawing unwanted attention. He died at the 18th-century Swiss mansion on Christmas Day in 1977.
Now, after 14 years of planning, Chaplin's family, investors and supporters are ready to convert the run-down Manoir de Ban and its property into a museum complex.
Chaplin co-founded United Artists in 1919 and helped define the silent era with films such as "City Lights" in 1931 and "Modern Times" in 1936. He came to Switzerland when he was in his 60s, fleeing accusations of being a communist sympathizer during the McCarthy-era witch hunt in the United States. In his peaceful new setting, he raised eight children from his last marriage, wrote an autobiography, made films, composed music and entertained other artists and celebrities.
Three of his children — Michael, Eugene and Victoria — and their business partners in the nearly 60 million Swiss franc ($69 million) project said Wednesday they are on track to open the museum early in 2016.
Eugene Chaplin, who was born at the mansion, lived there until six years ago.
"I used to play football, soccer, on the lawn here with my dad. It was a very, very nice family life, it was a big family house," he recalled. "Of course he was born in England, did his films in the States, but he found his happiness in Switzerland."
The mansion, with its verdant lawn and serene view of the lake and the Alps, is stripped bare and will be refurbished as it was when Chaplin lived there. It has gardens, service buildings and a pool and plans call for a large new building with recreated sets from Chaplin's movies.
"It was a dream house for growing up," said Laura Chaplin, a granddaughter and Swiss artist. "This house represents everything that he did for us. ... We're thrilled. We've waited a long time for this museum and now it's finally taking off."
Nearby Montreux has a huge archive of Chaplin photographs, manuscripts and other documents from the Victorian-era London of his youth and from pre-World War II Hollywood, where he found success with his "Tramp" character.
Chaplin and his last wife, Oona Chaplin, the daughter of the great tragic playwright Eugene O'Neill, lived most of their married life at the Swiss mansion. She also died there, at age 66, in 1991.
A Luxembourg investment firm, Genii Capital, purchased the property in 2008 with the aim of creating the museum. The Swiss canton (state) of Vaud provided a 10 million-franc loan for the museum, which is being developed with corporate help including French ski resort developer Compagnie des Alpes and Vevey-based food and drink giant Nestle.
"He is still very well-known and beloved around the world," said Yves Durand, the museum's director. "His soul, his spirit, is still here ... so people will meet him, people will encounter him, people will hear his voice, will see his movies, will hear his music."
Posted by Unknown at 5:53 AM No comments:


This is a great documentary about the rivalry and a comparison between two of the three top comedians of the silent era, the third being Harold Lloyd.  I, of course, favor Chaplin for the depth of and pathos in his humor, but Keaton and Lloyd were funny in a more slapstick fashion.  Keaton used more advance cinematic techniques than Chaplin, but did not really explore humor the way Chaplin did.  Lloyd was in the thrill humor business.
Posted by Unknown at 6:05 PM No comments: