Claire Bloom of Limelight, On Chaplin

The Criterion Collection has released a clip from an exclusive new interview with actress Claire Bloom, which appears on the recent Blu-ray release of Charlie Chaplin's final American film, Limelight. LimelightCharlie Chaplin's masterful drama about the twilight of a former vaudeville star is among the writer-director's most touching films. Chaplin plays Calvero, a once beloved musical-comedy performer, now a washed-up alcoholic who lives in a small London flat. A glimmer of hope arrives when he meets a beautiful but melancholy ballerina (Claire Bloom) who lives downstairs. An elegant mix of the comic and the tragic, this poignant film also features Buster Keaton in an extended cameo, marking the only time the two silent comedy icons appeared together on-screen. Made at a time when Chaplin was under attack by the American press and far right, Limelight was barely distributed in the United States upon its initial release, but it is now considered one of his essential and most personal works.
Posted by Unknown at 5:04 AM No comments: 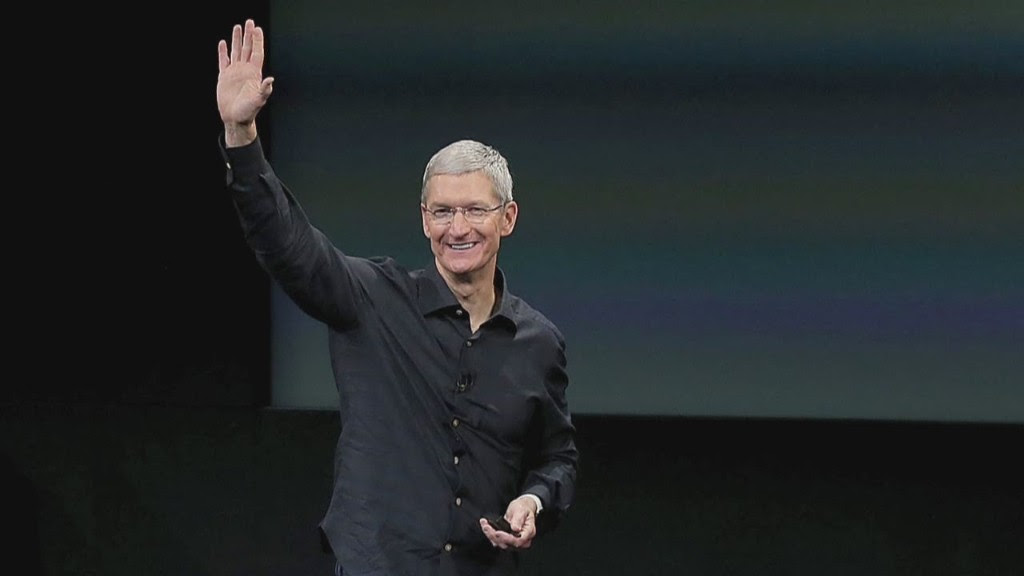 Tim Cook in 90 seconds
On Steve Jobs and the 'North Star': Cook's advice to the graduates of the class of 2015 was to use their own morality as their guides. He encouraged them to have Jobs' optimism that work could better the world, and he urged them to embody Carter's humanity -- something Cook said the president "had not sacrificed" despite holding the highest job in the world.
"Your values matter. They are your North Star," Cook said. "Otherwise it's just a job, and life is too short for that. The sidelines are not where you want to live your life. There are problems that need to be solved and injustices that need to be ended."
Cook ended his address by taking a photo of the graduating class with his iPhone.
Sunday's speech was the first commencement address delivered by an Apple CEO since Steve Jobs spoke at Stanford University's graduation in 2005. Cook also delivered a commencement address at Auburn University, his alma mater, in 2010, when he was Apple's chief operating officer.
Posted by Unknown at 5:42 AM No comments:

Posted by Unknown at 5:40 AM No comments:


I'm with George Bernard Shaw, who said "animals are my friends...and I don't eat my friends." But neither do I eat the head off carnivores - or those who supply their demands. Especially as one of the most decent landlords I ever had was a butcher.
Ireland is not a renter's paradise, and many of the property owners I leased from over the years were fairly horrible. But he was both a butcher and a gentleman. He'd always greet me, when I came downstairs from the flat above his premises, with a "Morning, Fiona!" and a big, friendly smile - standing there all rosy-cheeked and cheerful, cleaver in hand and his apron splattered with blood.
I lived there for ages, despite the smell of raw meat that came up through the floorboards in summer. He is still carving up carcasses on Dublin's Wexford Street, and I still pop in for a chat if I'm in the city and passing.
The butchers in this country town seem likewise a lovely lot - unless you've got 'prime cut' printed across your person.
I often see a traffic cone set outside the adjoining abattoir when I'm on my way to pick up the Sunday Independent, the space occupied by a vehicle with a livestock trailer attached by the time I'm walking back.
Sometimes I watch as the animals are unloaded and corralled down the side entrance. It reminds me of the part in Charlie Chaplin's autobiography, where he pinpoints the defining moment of his life.
Chaplin often stayed with his aunt in the east end of London during his childhood, where there was an abattoir at the end of the road. One day, one of the sheep being herded to its death managed to escape.
It made a frantic bid for freedom down the crowded row of shops and houses, knocking over important-looking individuals. Grand-hatted dames collided bum-over-heel with pot-bellied businessmen in bowler hats. Fruit rolled everywhere, making people unwilling participants in the unfolding slapstick.
A delighted four-year-old Chaplin stood watching it all, laughing at the failed attempts of red-cheeked workers to catch the sheep, who kicked up its black hooves and valiantly resisted.
Until the inevitable happened, and the sheep was captured. It was held in a wrestler's grip until butchers in bloodied aprons came to claim it. Only then did Chaplin realise the fate that awaited the fleecy fugitive who had caused so much fun.
Chaplin said that event crystallised the humour that he would go on to master.
Sometimes I remember him when I glimpse sheep between the trailer slats outside the abattoir. Life continues around them, as if everything is normal. But a curtain is about to fall on those cowering creatures - like the one that signalled 'the end' in a silent movie.
Because rent is owing on use of their landlord's fields.
Posted by Unknown at 5:39 AM No comments:

Chaplin for the Ages

Top Actors of All Time 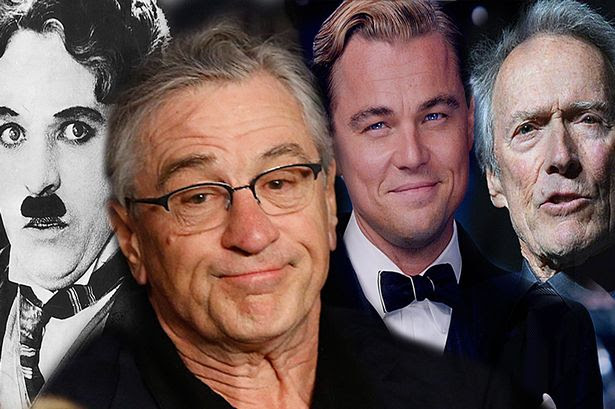 Posted by Unknown at 5:38 AM No comments: