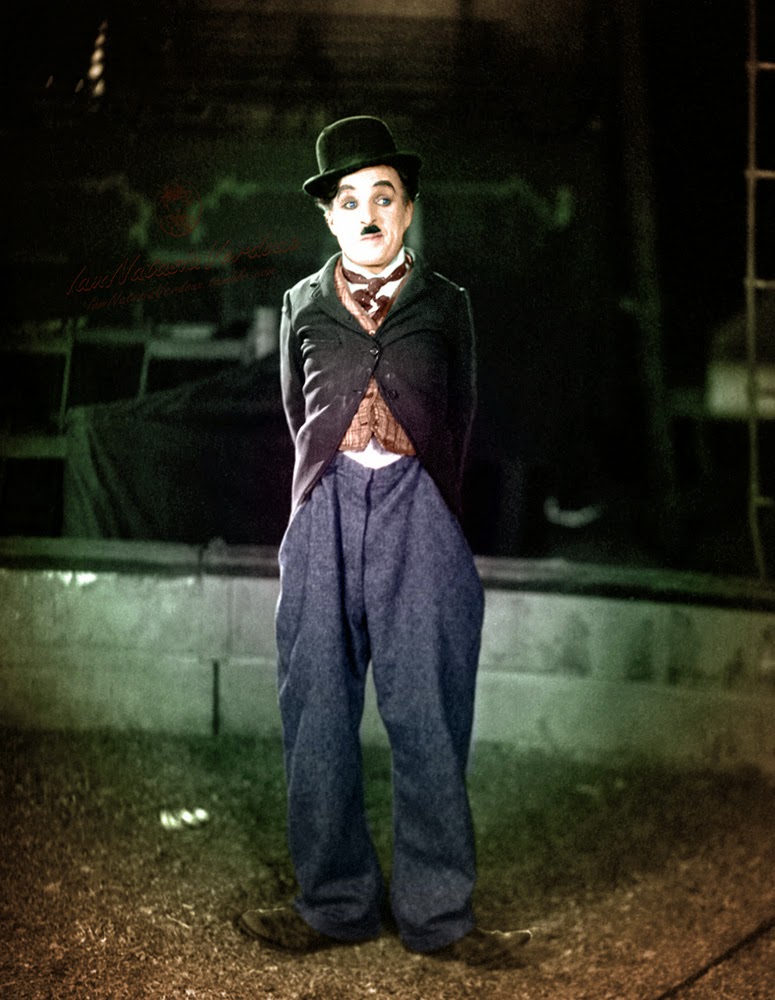 Posted by Unknown at 7:14 AM No comments:

Over 600 books have been written about Charlie Chaplin.  Most are simple regurgitations of other books.  As one author put it, "People will read five books and publish a sixth".  Peter Ackroyd's book is pretty much a compilation of many other books.  I have read over 30 books on Chaplin so far, picking and choosing from the the best out there, as well as hundreds of journal articles on him and seeing every movie at least twice.  Ackroyd's book has a few small details I had not seen before and a few minor mistakes of fact.

It is so hard to separate fact from fiction on Chaplin due to the quantity of books published, but when only one book states something, it is immediately suspect.  When I see something in book after book, I begin to take it as fact.  Ackroyd's book does offer some juicy tidbits on Chaplin's personal life when it comes to his female conquests as well as the controversies therin, but not much new about his work life or movies.  This is not meant as a criticism as there is little out there new to find unless one of his children decides to write a book or one of the few people left alive who worked with him. Sophia Loren or Claire Bloom might decide to talk on the record about their time with Chaplin, but there are a precious few others, and those would be distant spectators rather than principal players.

The book is pleasant reading overall and well written.  Ackroyd's style of writing makes it comfortable to just sit and read.  Many other books on Chaplin are not.  His son Sydney wrote a book that was hard to read and Georgia Hale's book was a pain due to her lack of time references.  I could not always tell from the context when things were happening even though I consider myself well read on the subject.

Details like Chaplin painting his private parts with Iodine are not relevant to the genius that he was. Bedroom details never make for a good book unless an author is writing a book about what goes on in the bedroom.  These details don't help us to understand his genius or his talent, but are meant to be salacious tidbits for shock value.

That being said, I enjoyed the book. 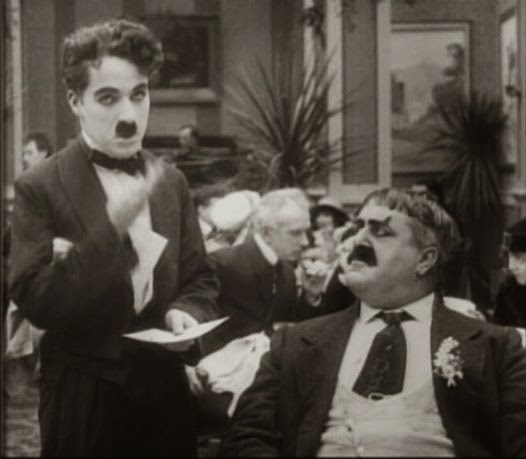 Posted by Unknown at 5:57 PM No comments:

Remake An American in Paris? Are they nuts?

An unlikely double bill at Tokyo International Film Festival proved one of the best ideas a film festival has ever had, says Robbie Collin

Comment
In March 1936, during a tour of Japan, Charlie Chaplin called in on the Kabuki-za theatre in downtown Tokyo. A photograph commemorates the visit: Chaplin, handsome, silver-haired and moustache-less, stands beside the kabuki master Koshiro Matsumoto VII, grinning broadly and pointing at the actor’s elaborate costume, obviously impressed.
Seventy-eight years and seven months later, during the Tokyo International Film Festival, Chaplin returned to the Kabuki-za in one of the best ideas a film festival has ever had: a double-bill of his silent 1931 masterpiece City Lights and a short kabuki play called Shakkyo – The Stone Bridge – about a fantastical lion chasing two pesky humans off his turf.
Kabuki is a highly stylised form of classical Japanese theatre, all ghosts and samurai, swathed in mist and myth – hardly an obvious match for the misadventures of a tragicomic tramp in earthy, clattering interwar America. But seen side by side, they’re such obvious cousins you half-expect the Little Tramp to wander on stage, edge gingerly past the lion and, in turning to flee, fall over the side of the bridge.
Both art-forms were born within spitting distance of the gutter: silent comedy in the music halls where performers like Chaplin, Buster Keaton and Laurel and Hardy honed their craft, and kabuki in the pleasure quarters of old Tokyo and Kyoto, where acting troupes performed light-hearted, often bawdy plays about the struggles of everyday life.
Each one relies for its impact on its performers’ faces, which were stylised almost to the point of abstraction with thick, white make-up. Each gleans extra dramatic power from a musical score: in kabuki’s case, it’s performed by a 16-piece orchestra of wooden flutes, drums, voices and shamisen (imagine a triangular banjo played with a fish-slice).
The action in both is fast and energetic, but choreographed as meticulously as dance, with ingrained routines that even experts took years to master. Both attracted trouble in their heydays, and the performers’ private lives became fodder for public scandal – stories about storytellers.
But perhaps most crucially, both are able to speak volumes about the experience of being human without recourse to human speech – something that makes both art-forms timeless and borderless, for all their cultural idiosyncrasies. Silent comedies have been enjoyed since the earlier days of cinema, while kabuki has been performed since the 17th century. And that night, its spiritual home shook with laughter at the universal genius of Chaplin.
City Lights may be Chaplin’s greatest film. He started work on it in 1928, when every studio in Hollywood and cinema in Europe and America was gearing up for the age of sound, but it’s defiantly, triumphantly silent. Chaplin’s Little Tramp meets a poor, blind young woman (Virginia Cherrill) selling flowers on the roadside, and, in the kind of misunderstanding that only silent comedy can pull off, she mistakes him for a millionaire. Delighted by her error, he plays along – and then, later that same day, he befriends a real millionaire (Harry Myers), who stumbles down to the river in a drunken stupor, with the intention of drowning himself.
These people are the Tramp’s two closest friends, but the friendships are only possible because neither actually sees him for who he is. Whenever he sobers up, the millionaire has him thrown out of his house, while the flower girl feels the cuff of his suit and thinks of a gentleman rather than a drifter. Desperate to live up to this imagined version of himself, the Tramp takes two jobs to help pay the flower girl’s rent: firstly as a street-sweeper, and then as a reluctant boxer in a prize fight.
The 12-minute sequence in which he psyches himself up for the match and then skips frantically around the ring, determined to keep the referee between himself and his huge opponent at all times, is the best and funniest thing Chaplin ever did. The scene is so precise, it isn’t acted so much as danced. It’s as abstracted, and perfected, as kabuki.
In 1931, a kabuki troupe visiting the United States went to see Chaplin’s City Lights in the cinema, and returned home with astonished stories of this man who combined comedy and pathos as brilliantly as the best in their discipline. They went on to adapt their memories of the film into a kabuki play called Yasu the Bat. In place of the boxing scene, there’s a sumo bout.
Somegoro Ichikawa, the great-grandson of Koshiro Matsumoto VII, played the lead role of the lion in Shakkyo that evening, and the ghost of Chaplin was never far from the stage. The humans tumbled head-over-heels as the lion attacked like the Tramp lunging from one side of the boxing ring to the other.
The only immediately obvious difference was the colour: the stage of the Kabuki-za was almost supernaturally bright, with dazzling blue fabric waterfalls rushing past dark rocks and lush, green undergrowth, and, during the climax of the battle, while the lion’s red mane lashed out like a tongue of flame, silver petals fluttered from the ceiling like snow.
It was art and spectacle from another time, and the thousand-strong audience, styled, coiffed and primped to the edge of modernity, leapt to their feet to applaud.
Posted by Unknown at 6:35 AM No comments: