The Death of Gene Kelly

Fans around the world mourned the death of the famed Actor, Singer, Dancer, Choreographer, Director, Entertainer, and all around genius of the stage, Gene Kelly, on 2 Feb 1996.

He was the most versatile performer along with Fred Astaire as his contemporary and friend.  They were the best dancers in the business. 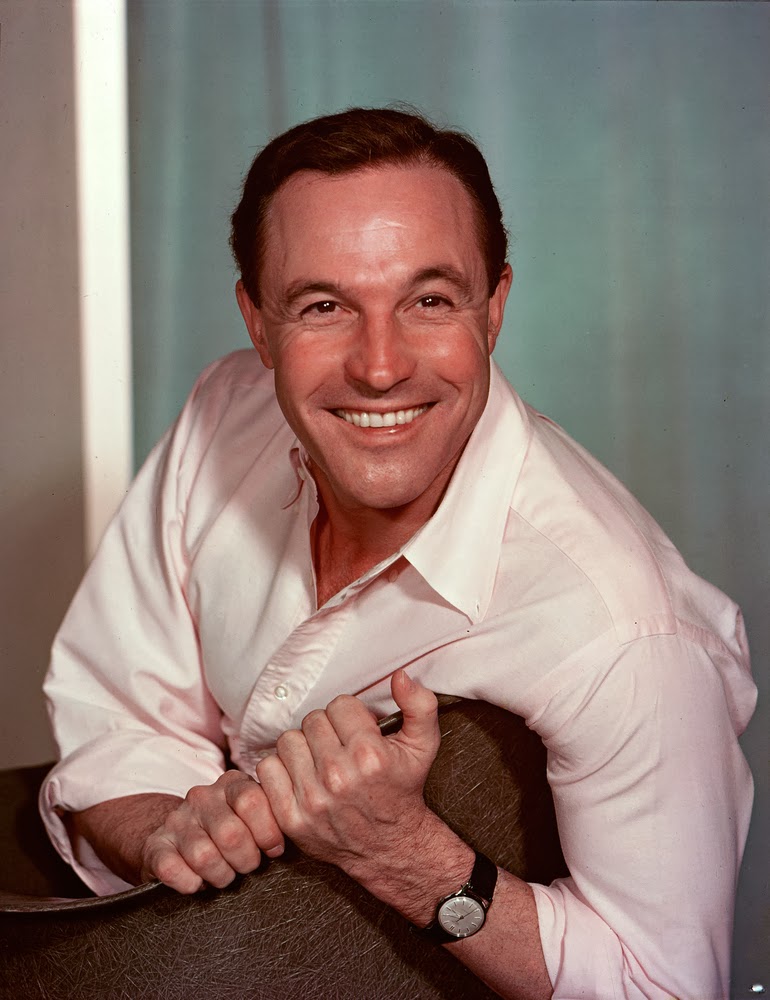 Born on August 23, 1912 in Pittsburgh, Pennsylvania, Gene Kelly was an American film actor and director whose athletic style and classical ballet technique transformed the film musical. He boldly blended solo dancing, mass movement and offbeat camera angles to tell a story in purely visual terms. Kelly is remembered for his lead role in Singin' in the Rain, regarded by some as the best dance film ever made.

Athletic and energetic, Gene Kelly was the king of the musicals in the 1940s and '50s. Not only did Kelly star in some of the genre's most famous films, he worked behind the scenes, breaking new ground with his choreography and direction.
One of five children, Kelly was born on August 23, 1912, and grew up in a working-class neighborhood in Pittsburgh, Pennsylvania. While his friends were playing baseball, he was taking dance lessons. Kelly put his lessons to good use in college, teaching at a local studio to help him pay for his education. He also performed with his brother, Fred.
In the late 1930s, Kelly made his way to the Broadway stage. He had small roles in Leave It to Me! starring Mary Martin, and One For the Money. In 1940, Kelly played the lead in the popular musical comedyPal Joey. MGM executive Louis B. Mayer caught Kelly's stellar performance and offered him a movie contract with his studio. In 1942, Kelly made his film debut opposite Judy Garland in For Me and My Gal.

While he often was compared to another famous film dancer, Fred Astaire, Gene Kelly had his own unique style. He brought dance into real life in his movies, performing largely in regular clothes and in common settings. "All of my dancing came out of the idea of the common man," Kelly once explained. He also produced some of film's most innovative and enthusiastic dance numbers, pushing the limits of the genre.
In Anchors Aweigh (1945), Kelly danced a duet with Jerry, a cartoon mouse—a feat that had not been seen before. He had sailors performing ballet moves in On the Town (1949), in which he starred with Frank Sinatra. Working with director Vincente Minnelli, Kelly continued to take dance on film into uncharted territory with An American in Paris (1951). He choreographed the movie, including its groundbreaking finale—a lengthy ballet sequence. For his efforts on the film, Kelly received a honorary Academy Award "in appreciation of his versatility as an actor, singer, director and dancer, and specifically for his brilliant achievements in the art of choreography on film."
Kelly starred in one of his most famous films the following year. Accompanied only by an umbrella, Kelly put together one of the most joyous dances ever filmed in Singin' in the Rain (1952). He explained that his inspiration for the famous street dance scene was the way children like to play in the rain.

As interest in the movie musical began to fade in the 1960s, Kelly turned to television.
He starred in two short-lived programs—Going My Way, an adaptation of the 1944 Bing Crosbymovie, and a 1971 variety show called The Funny Side. Kelly fared better with the 1967 television movie Jack and the Beanstalk, which he directed, produced and starred in. The children's telefilm netted him an Emmy Award. To promote and preserve the great film musicals of the past, Kelly also helped host the documentary That's Entertainment!

in the mid-1970s.
In the 1980s, Kelly largely retreated from acting. He made his last film appearance in the 1980 musical fantasy Xanaduwith Olivia Newton-John, which proved to be a box-office dud. On the small screen, Kelly had a few supporting roles and guest spots on such series as The Muppet Show and The Love Boat. He often appeared as himself on tribute specials.

In 1994 and in 1995, Kelly suffered a series of strokes. He died on February 2, 1996, at his home in Beverly Hills, California. Many Hollywood stars mourned his passing, including his Singin' in the Rain co-star, Debbie Reynolds. "There'll never be another Gene," she told the press. "I was only 18 when we made that movie, and the hardest thing was keeping up with his energy."
In July 2012, New York City's Film Society of Lincoln Center hosted a month-long program in honor of Kelly, showing nearly two dozen of Kelly's films.