The question is always asked, "Why was Gene Kelly in the right place, at the right time and with the right look and talent to move into Fred Astaire's shoes?" Donald O'connor came along later and was more of a straight hoofer.  Bob Fosse had a unique style, but came along too late to fill any void. There were others, but they just didn't have Gene's face and portfolio of talent; Ballet, Tap, Jazz, Ballroom, Roller Skates and raw physical strength. 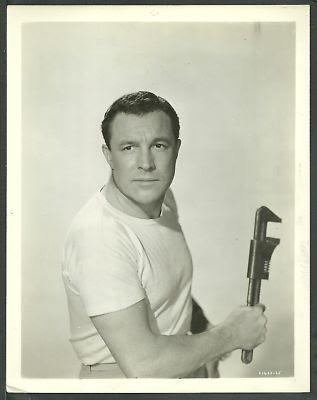 When he landed on Broadway, he was a bit older and much more experience than other wannabes. He was 28.  His protege on Pal Joey was Stanley Donen who was only 16.  Gene and his brother, Fred, spent years on the "cloop" circuit performing, picking up new dance numbers and running his family's dance school. He also worked as a choreographer and acted as a dance doctor for many acts on the Vaudeville circuit. 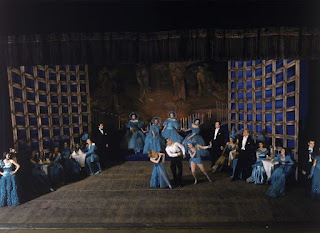 Almost immediately, his talent rose above his contemporaries and, after Pal Joey, Hollywood called. Fred Astaire was the reigning king of song and dance, but with a completely different style; one of top hats and tails.  This was not to be Gene's style, but more a WWII every man, construction worker, wearing white t shirt, white socks and loafers.  He dance strong, low and with an athleticism not seen before.

He simply filled a void, not to compete with Astaire, but to compliment him.

This video is a great example of how serious Gene took his craft.  One quote stands out; "If you're not a craftsman, you don't belong in the business."