One issue that caused Chaplin the most angst and nearly ruined him, was his dalliances with young women. While not the focus of my book, I'll cover it simply because it was a big part of lapses in the creative process or feeling funny and causing periods of long absences from movie making.  He had a nervous breakdown during one episode and stayed away from his studio for almost a year during the making of The Circus.

For whatever reason, Chaplin was attracted to women around the age of 16 and this was to be his greatest weakness and almost his undoing.  Even his eldest daughter, Geraldine, from his marriage to Oona Chaplin, admitted that her dad liked younger women.  Lady Chaplin, his last wife, was the love of his life and they were together from 1942 until his death in 1977 with 8 children, including Geraldine.  Oona was the daughter of the famous playwright, Eugene Oneill.

Chaplin went to a party in 1918, was taken with Mildred Harris, then 16, and married her soon after when there was word she was pregnant.  It truly happened that fast.  She turned out not to be with child and it may have been deliberately faked as a ruse to catch Chaplin.  Soon afterward, she became pregnant for real and gave birth, but the baby was severely deformed and died within three days.  Chaplin was distraught, but had nothing in common with Mildred and divorced her in 1919. During the run up to a settlement, she almost took control of his movie, The Kid, as community property and he was forced to smuggle the film out of state to edit it.  Chaplin was 30 at the time. 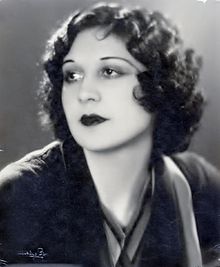 Just prior to the filming of The Gold Rush in 1924, Chaplin signed a 16 year old Lita Grey, real name Lillita MacMurray, as his new leading lady.  He was 35.  Lita had a small part in his film, The Kid, when she was 12 and played a vamp, of all things.  Chaplin was taken with her then and with her now at age 16, he was again smitten with her.  Before the movie could start, she was pregnant.  Chaplin might have been charged with crimes involving sexually relations with a minor so he took a fake movie troop to Mexico and married her out of the view of the press. The baby was born in March, but the Doctor agreed to fake the birth certificate to June to keep the math in line with their marriage date.  They had two children, Charlie Jr and Sydney.

Again, as in the case with Mildred Harris, Chaplin had nothing in common with his child bride and he spent most of his time away from home, in many cases, with other women.  Lita grew tired of the "cruelty" and sued for divorce claiming all manner of crimes.  It was a huge scandal with some boycotting of his films and the divorce settlement was nearly $1 million.  Chaplin found a new leading lady for The Gold Rush and it was a huge success, but he came under the focus of J. Edgar Hoover.  Hoover would eventually chase Chaplin out of the country for other transgressions. 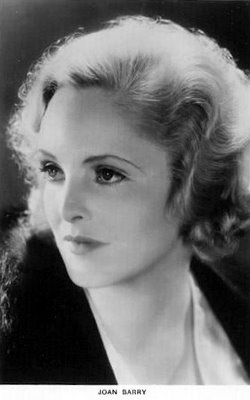 Chaplin went onto meet and marry Paulette Goddard who was older and she brought true joy to his life for a time.  They were married with no children for six years.  It was near the end of their marriage, that Chaplin met Joan Barry, an aspiring actress.  He toyed with starring her in a movie he was pondering, but she showed signs of mental illness and he canned the idea.  She would not give up though and harassed Chaplin to the point of being arrested and even broke into his home threatening him with a gun. She got pregnant, but Chaplin denied he was the father in the strongest terms.  Three experts claimed, based on blood tests, that Chaplin could not possibly be the father.  In two spectacular trials, one criminal and one civil, Chaplin was accused of breaking the Mann Act of taking a woman across a state line for illicit purposes.  Barry had flown to New York where Chaplin was briefly staying and he gave her $200 or so for a room.  The prosecutor called Chaplin a Cockney Cad and Chaplin was not the best witness in his own defense.  While beating the Mann Act charge in the criminal trial, he was, however, found to be the father of the Child in civil court. California would not allow the blood evidence to be admitted in trial.  Chaplin was forced to pay child support for a child that was not his.

The fault for all of these controversies were due to Chaplin's weaknesses and lapses in judgement.  He got himself into each mess and it cost him in money and some popularity.  In each case, amazingly, he did come through virtually unscathed, but by the time of his last issue in the Barry trial, his popularity was waning for the other reason I'll post about; his associations with perceived communists.

Chaplin was a genius, and artist, but a flawed man. His older half brother, Sydney, suffered the same weakness for young women and got into trouble according to his only biography.
Posted by Unknown at 8:01 PM