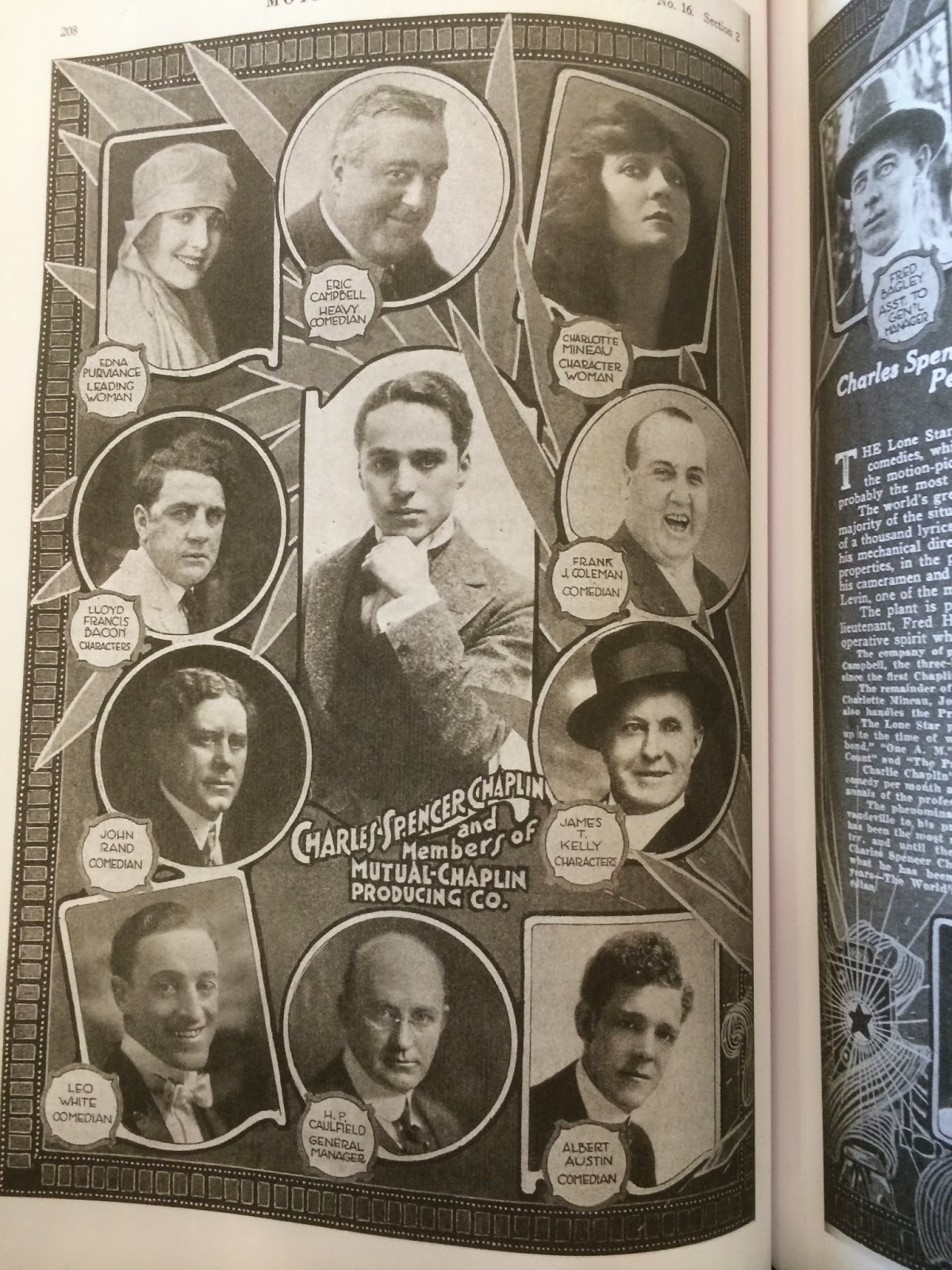 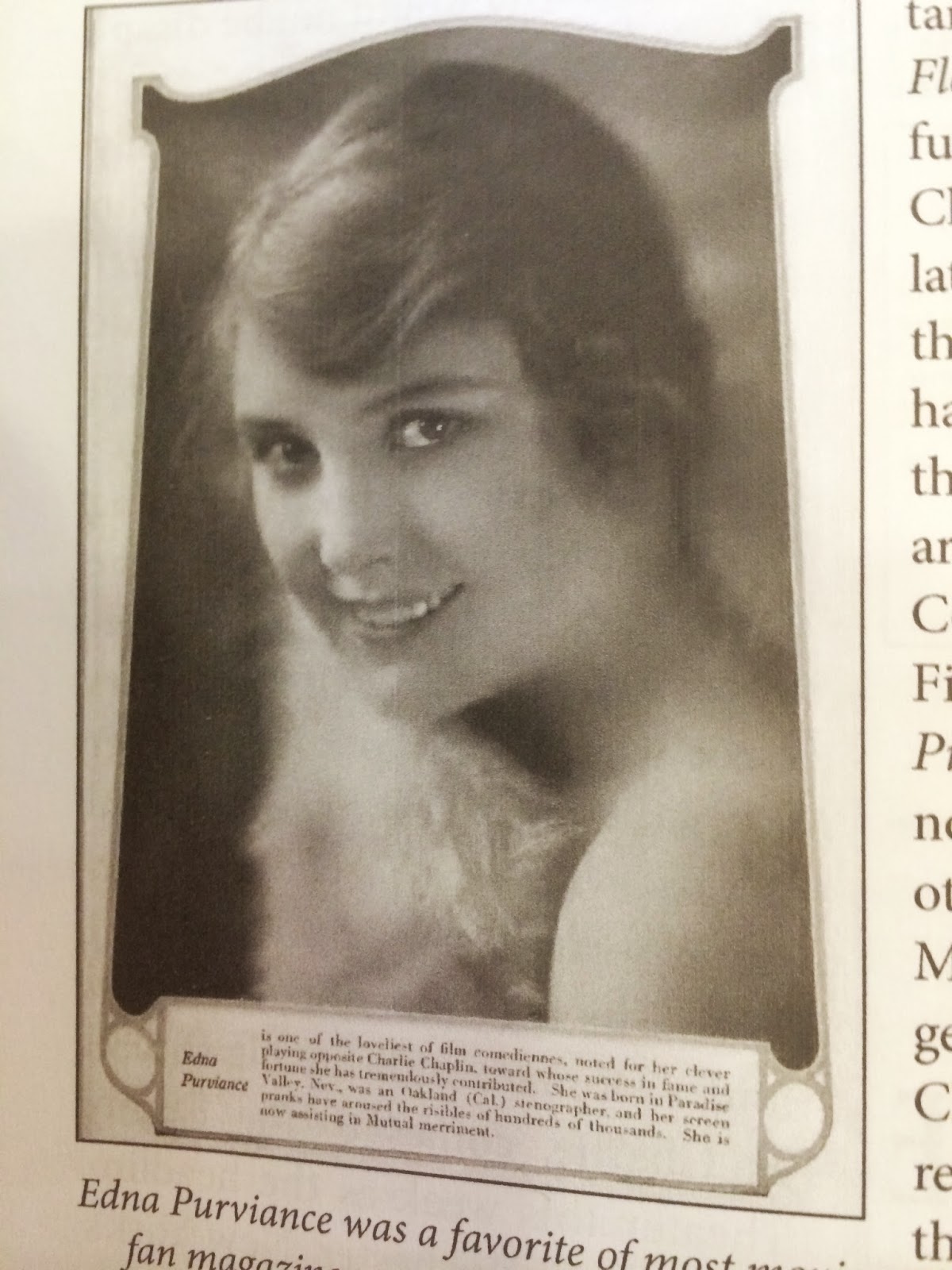 The top picture is the press release for Mutual's new stable of actors headed up by their $670,000 boy, Charles Chaplin and a former secretary by the name of Edna Purviance who ended up doing movies with Charlie up through The Kid for a total of 35 or so pictures with Charlie.  She was both his co star and very close to him off the set as his first real love in America.  He kept her on his payroll for 40 years, long after her contract ended in the mid 1920s.
Posted by Unknown at 4:58 PM