The Tramp: Birth and Final Exit 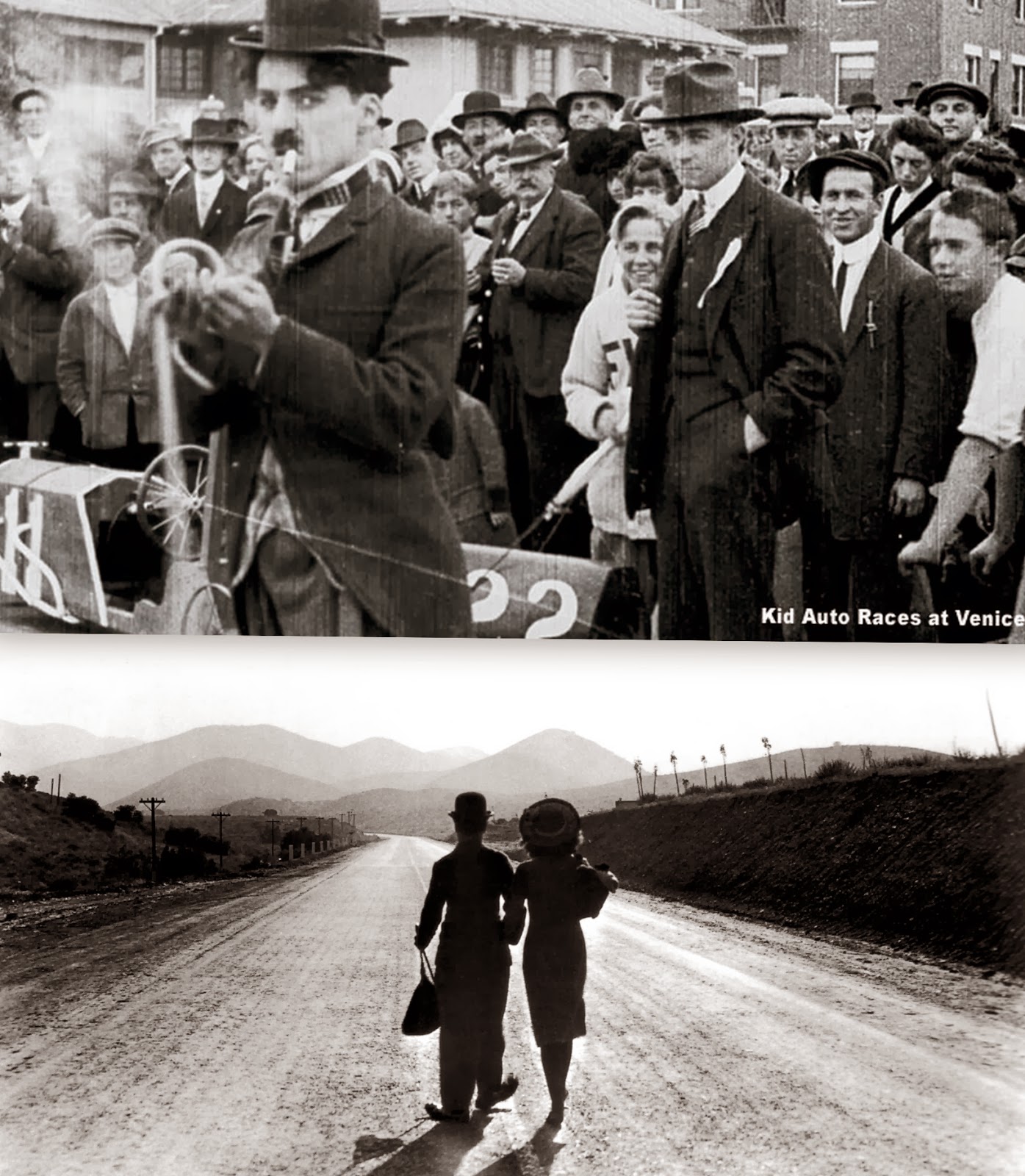 The top picture from Kid Auto Races in 1914 where The Tramp made his first appearance.

Charlie retires the Tramp character after 22 years and nearly 75 movies with him in the bottom picture. There was Genius, Artistry, Brilliance in between that will last for all time as some of the best movies ever made by the greatest comedian and actor that ever lived, as well as the most famous man on earth during his time. The final scene from Modern Times, 1936, shows Charlie and Paulette Goddard, his real life wife at the time, walking off into another adventure.

Many people begged him to bring the tramp back and to have him talk, but Chaplin, wisely refused.  Modern times was the last silent film for Chaplin and made 9 years after the Jazz Singer introduced sound or Talkies to the world.  It is interesting to note that Chaplin's two silent movies after sound came in, City Lights 1931 and Modern Times broke all box office records, smashing all talkie numbers.

He was the only one still doing Silents.  His next movie, The Great Dictator 1941 would be his first talkie and show Chaplin spoofing Hitler as Adenoid Henkel.  It too broke records as Chaplin spoke for the first time.
Posted by Unknown at 5:38 AM